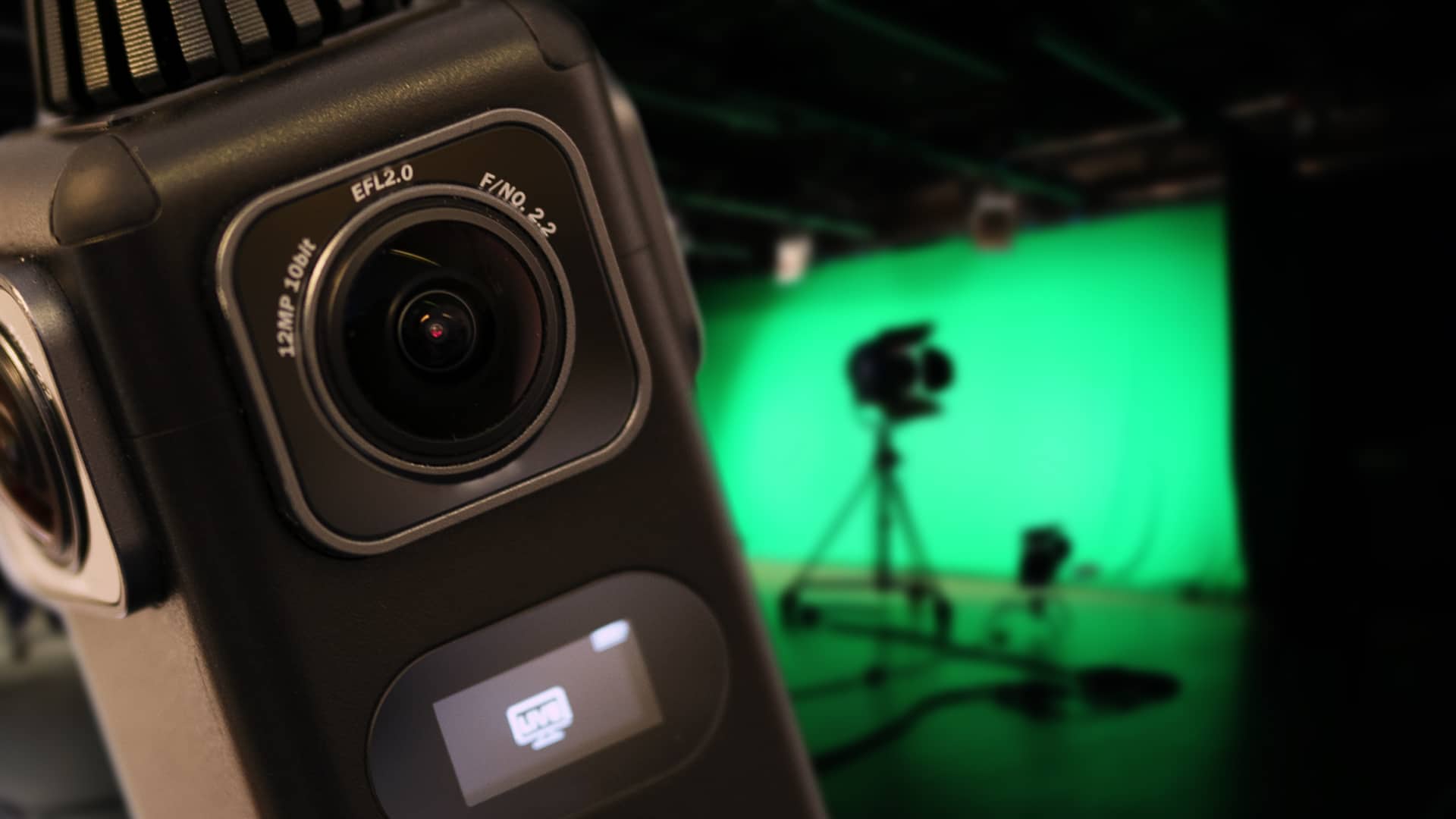 M7Virtual has created a cutting-edge turnkey solution for streaming live 360 videos. This system allows the audience to immerse themselves in any environment, using the latest 360 camera technology.

The film production industry, in particular, can gain extensive benefits from Live 360.

Streaming Live 360 lets the viewer feel like they‘re at the heart of the action - as it happens. It can also reduce the number of people present on site. This reduces travel costs, health, and safety risks. And assists with the Covid-19 regulations.

During feature film production, the crew will often split into more than one unit. This reduces the amount people on set. However, the Director of Photograph (DoP) and production crew will still need full visibility of each location.

If they are with the 1st Unit but want to give real-time input to the 2nd Unit, they can't without moving locations.

Also, in a studio production, the crew potentially must deal with vast locations. It wastes time and money moving them around and increases COVID risk.

M7virtual's Live 360 streaming offers a solution to all these problems.

In addition, it is common for investors and stakeholders to visit a set to monitor the production's progress.  Now, from anywhere in the world, these 'visits' can be made virtually.

Our system provides an 8K 360 camera capable or capturing 10-Bit colour depth. It uses the latest Sony sensors. They make it an exceptionally versatile camera for a variety of different environments.

The camera also utilises the latest heatsink technology. It eliminates the need for an internal fan to keep the camera from overheating and also means there will be no noise from external moving fans.

The size and form of this camera is a great feature. It can be unobtrusively integrated into the main camera setup. The field of vision is, therefore, virtually identical to the set's main cameras.

M7 cameras can also be set off to one side which enables action to take place around the main cameras.

M7 has also addressed the issue of equipment, cabling, connectivity and power by customising a network system. It can be integrated into any Local Area Network (LAN) or Wide Area Network (WAN) - without the need for network or power cables.

The router connects wirelessly to LAN or WAN. Then pre-selected viewing devices receive the signal from from the camera.

A weak or obstructed signal often presents challenges.  M7 has solved this using a self-contained network system with integrated wireless access points. So it is now possible to create a bridge between the M7 network and the studio LAN or WAN. A strong signal and high-quality streaming with minimal latency can be maintained by the movement of these access points.

Production crew can also view the set from anywhere in the world via the studio WAN. However, connections aren't always secure. So, M7 has implemented the QTAKE video monitoring software. With our tried and tested solution, M7 have worked with one of the largest production houses in the world, fulfilling all of their Live 360 requirements. With our knowledge and experience we provide a robust Live 360 system which can meet any film production needs.