For any fan the ultimate experience is to get on stage with your favourite musician. M7Virtual wanted to make this dream a reality with the most famous band in the world; The Beatles.

M7Virtual were approached by The Beatles Story museum in Liverpool. Tasked with producing an immersive 360 video to attract and engage with customers in a unique way.

After creating a successful immersive virtual tour of the museum, the next phase of the project was to create the point of view virtual reality experience. The project would become known as ‘Become The Beatles’. The idea of the project was for the viewer to use a virtual reality headset and be stood on stage as one of The Beatles. The viewer would be surrounded by the rest of the band as they performed ‘Twist and Shout’ to a group of screaming fans in the world famous Cavern Club. The final video would be premiered at the Isle of White festival, 50 years after the Fab Four made their famous appearance.

One of the main attractions at The Beatles Story is their award-winning replica of the Cavern Club. By using this room as our location, the experience was already beginning to feel authentic.

The next step was to find a suitable band to take on the roles of The Beatles on stage. This was achieved by bringing in the cast from the musical Let It Be, who not only looked like The Beatles but could also play in a similar style to The Beatles as well. Let It Be cast performing at The Beatles Story

Another factor to consider when creating this experience was the screaming crowds, which were synonymous with the band back in the 1960’s. To achieve this over 50 extras were brought into the Cavern Club dressed up in 1960’s attire. The brief was to go wild as the band began to play. Extras going wild for the The Beatles on stage

Shooting this experience came with a certain amount of challenges. The first challenge was to give the viewer the ability to stand in the position of each member of the band. This was achieved by shooting the performance multiple times. With each performance a member of the band would leave the stage and be replaced by our 360 camera. The team decided to replace the band member in this way, was due to the restraints of the size of the stage. With post-production in mind, a static camera on stage gave us far more control with regards to stitching and keeping the talent where we needed them. From Left to Right – John, Paul, George and Ringo

For this project we wanted to allow the viewer to look down and see the band member’s body beneath them. This was critical to making the experience as immersive as possible. To capture this, each band member stood over a green screen with a Z-Cam E1 camera suspended above their heads.  For the post production process, the green screen was keyed out from the footage, with the remaining elements rotoscoped. The resulting footage allowed us to composite the body footage back into the original shot. This gave the illusion that the viewer has really stepped into the band members shoes. 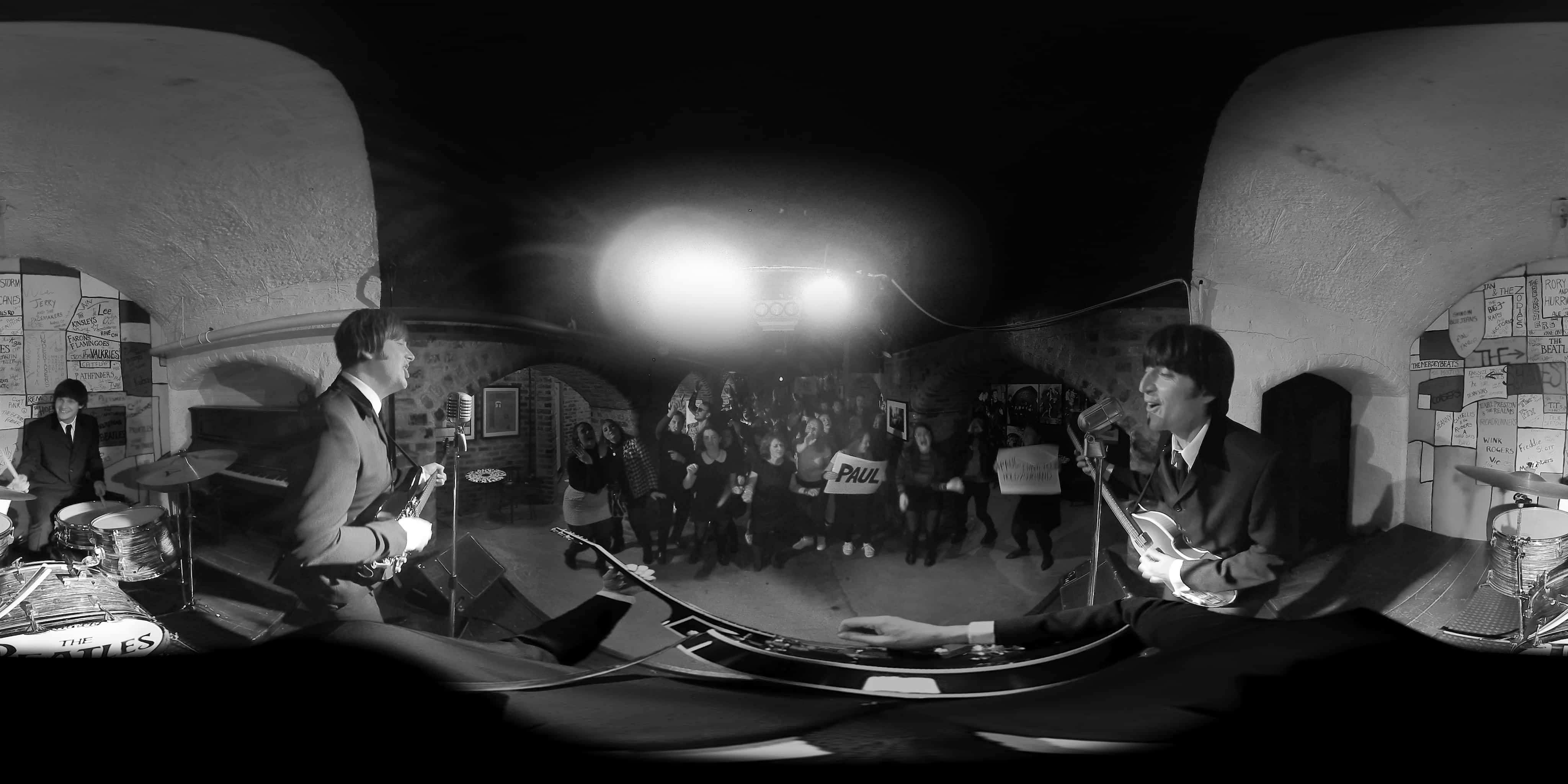 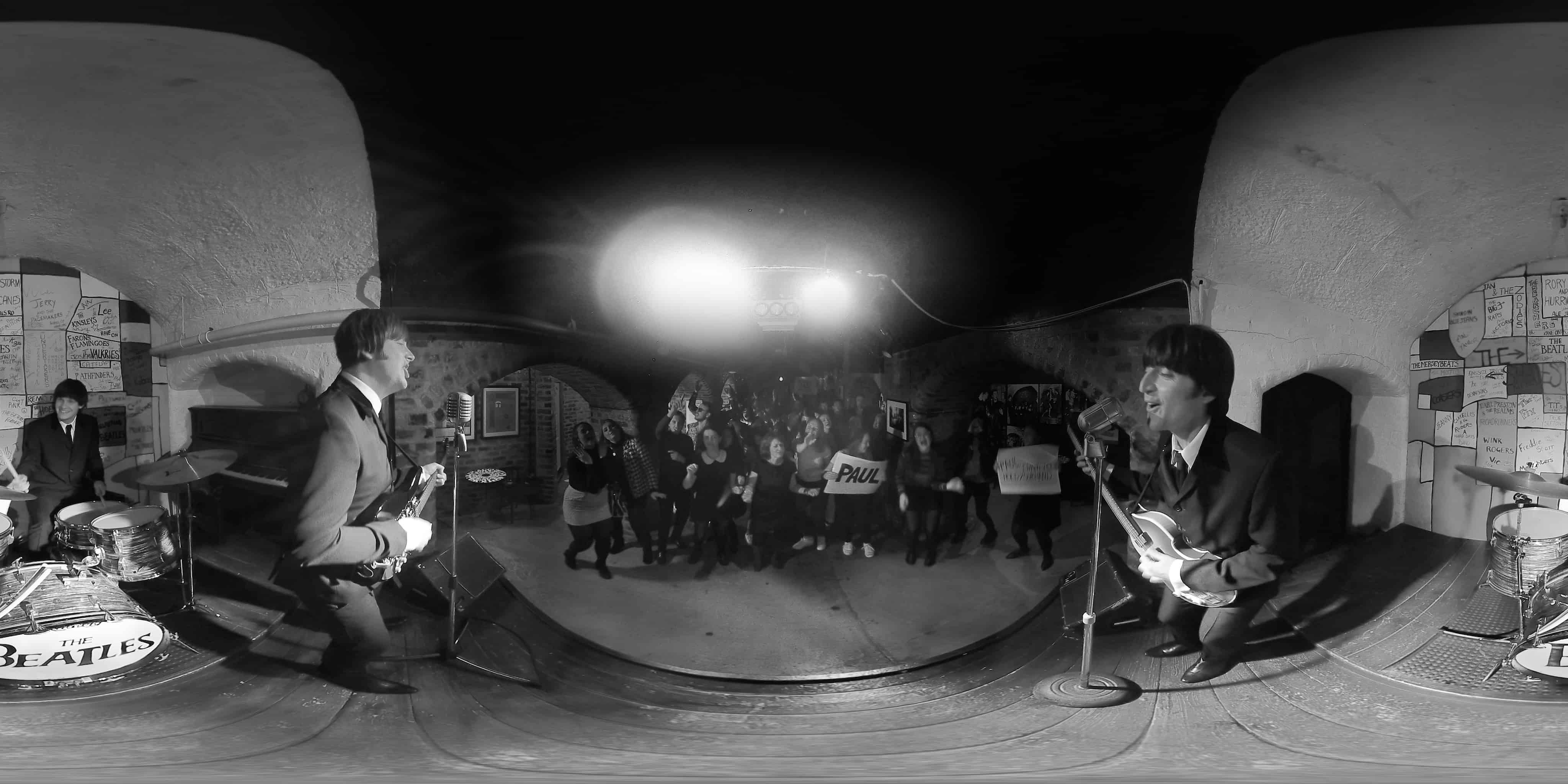 To give this project a true vintage feel, it was decided that the final videos should be in black and white. This gave the illusion that the video had actually been captured in the 1960’s, mimicking the traditional 2D footage captured in the Cavern Club 50 years ago. 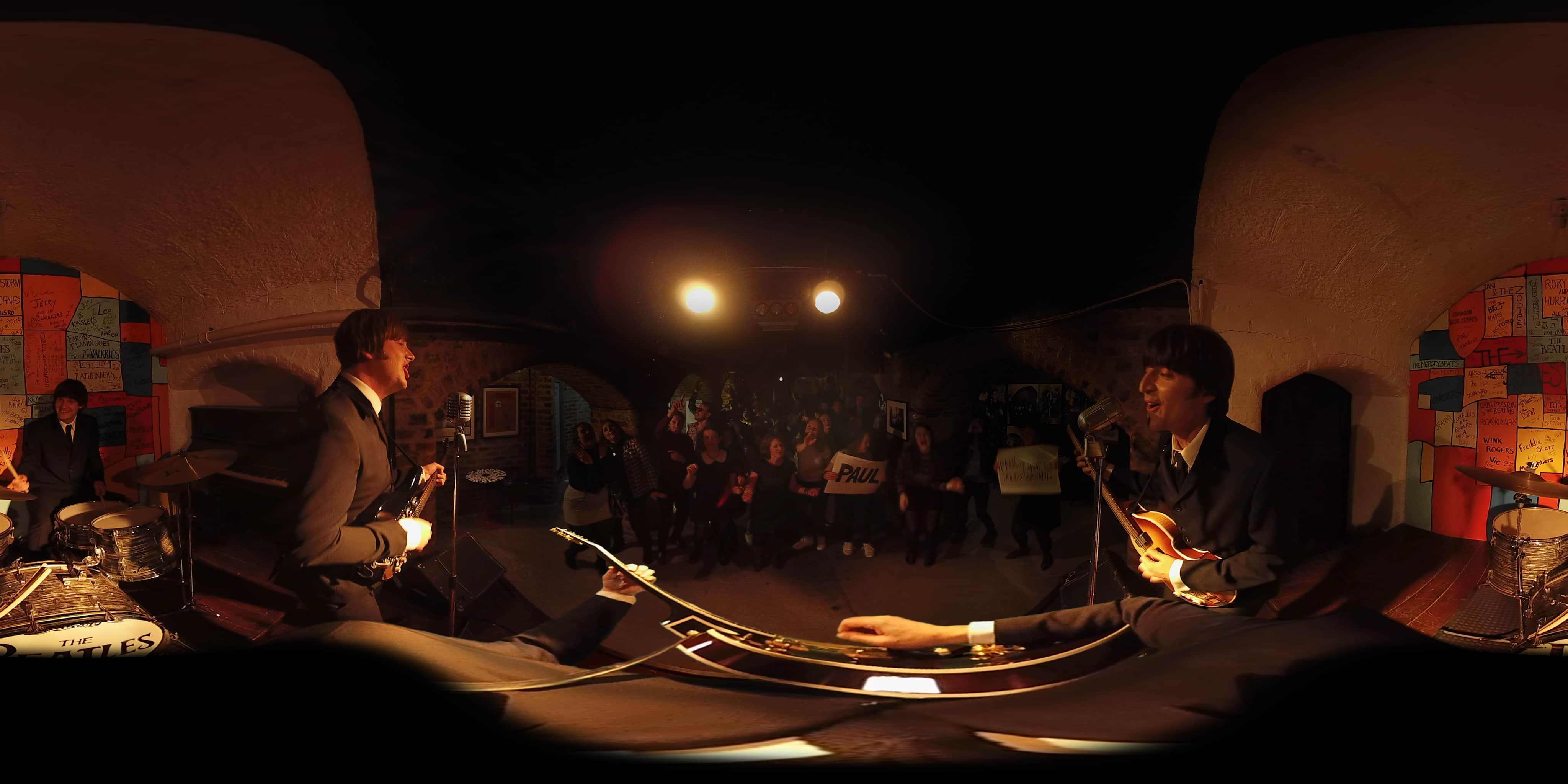 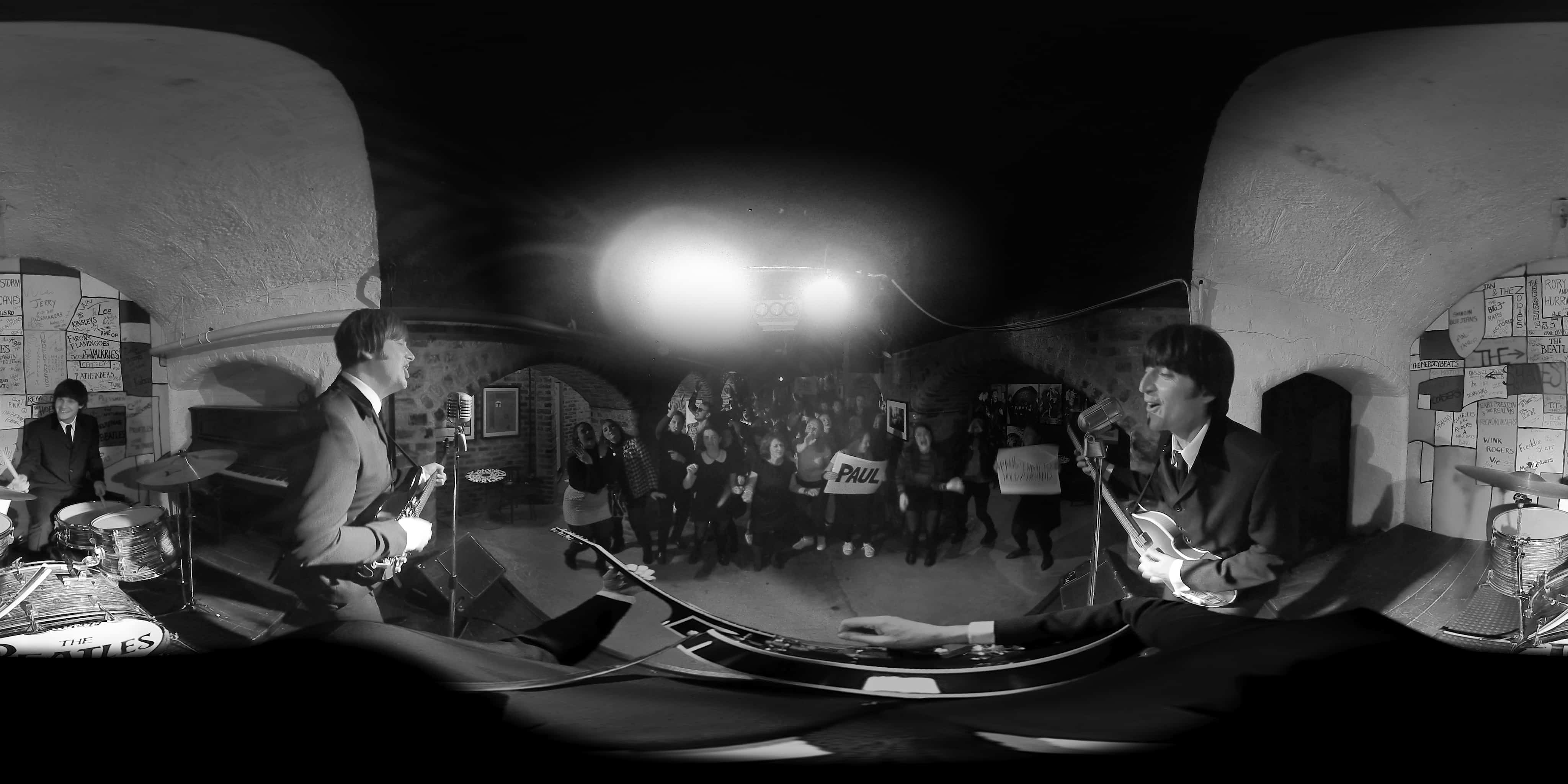 “We approached The Beatles Story with this immersive idea, from the early stages we knew it would be special.  It is such a cool concept where you can stand on stage and get a real sense of what it would have been like to be one of the Fab Four.”

“Our attraction at The Beatles Story is a unique experience in that we take our visitors on an immersive journey into the lives, times and music of the world’s greatest band.  We wanted to create a fun VR experience to promote our exhibition and what better way to do this by allowing people to virtually become a Beatle on stage in front of a crowd of screaming fans.

The team at M7Virtual brought our vision to life and we showcased it at the 2019 Isle of Wight Festival with great success, receiving amazing feedback from the festival-goers.”

The experience will be available across the Isle of White Festival weekend and will be located in Strawberry Fields. After the event The Beatles Story will launch the experience in their museum located in the heart of the Albert Dock in  Liverpool.