The team at M7 Virtual were very excited to be commissioned to produce a 360 video experience for the International Cricket Council (ICC) and Cricket World Cup (CWC). We were also pleased to be working alongside the team at Red Sky at Night Events. The brief was to create an immersive dome experience to be displayed at the various stadiums hosting the CWC this year across the U.K.

ICC and CWC wanted viewers of the experience to feel what it would be like to ‘face the pace’ of a world class bowler. During the pre-production phase we brainstormed various different ways that this could be achieved. We quickly ruled out the option of filming as a live action piece as it was not be feasible to fill a stadium with fans for a fictional match. So we discussed the possibility of filming the players against an empty stadium! We would then revisit the same positions on a match day to capture crowd plates. The two images would then be composited together to create the illusion of a match day experience. After carrying out tests, we determined this would be the most suitable method to produce this experience. Our first day of filming took place at Edgbaston, capturing the player actions in the empty stadia. We worked with a team of young players from local county clubs. The players were briefed about each of the set plays we wanted them to re-enact. Each player was numbered and was to remember their specific field position in order to ensure continuity between the shots. The scenes were acted out without a ball which meant that players had to work together to create the illusion of a real match scenario. We chose to do this to ensure the camera was not damaged by a stray delivery or throw. It would also allow us greater control over the trajectory in post production. The players all revelled in the challenge and acted their movements with remarkable accuracy, matching the timings and energy of a match situation. After capturing each of the shots, we meticulously measured each of the camera positions. By noting their exact location on the field we would then be able to revisit the stadium and capture the scene again with a full crowd. Additionally, we placed small tape markers to assist us in locating the positions. This ensured a reliable point of reference without interfering with the pitch surface. To capture the crowd plates, we revisited Edgbaston during the Twenty20 finals day. Working with the ground staff and members of the CWC team, we gained access to the pitch during the tea breaks and intervals. We recorded at each of the positions for two minutes, capturing both video and raw stills to assist with the compositing of the shots. We captured each of the positions several times during the day to give us a variety of lighting options in post production. This also allowed us to fill in gaps in the crowd if necessary by combining the multiple shots. Once we had filmed the players against the empty stadium, we then had the task of rotoscoping the players and umpires. This involved masking around each of the 14 bodies on the field and tracking their movements across thousands of frames for each shot. This was undoubtedly the most intensive part of the project and took many weeks of work to finish. Once this step was complete, we could then composite the rotoscoped players onto the full crowd stadium plate. At this point we could really begin to see the shots take shape. 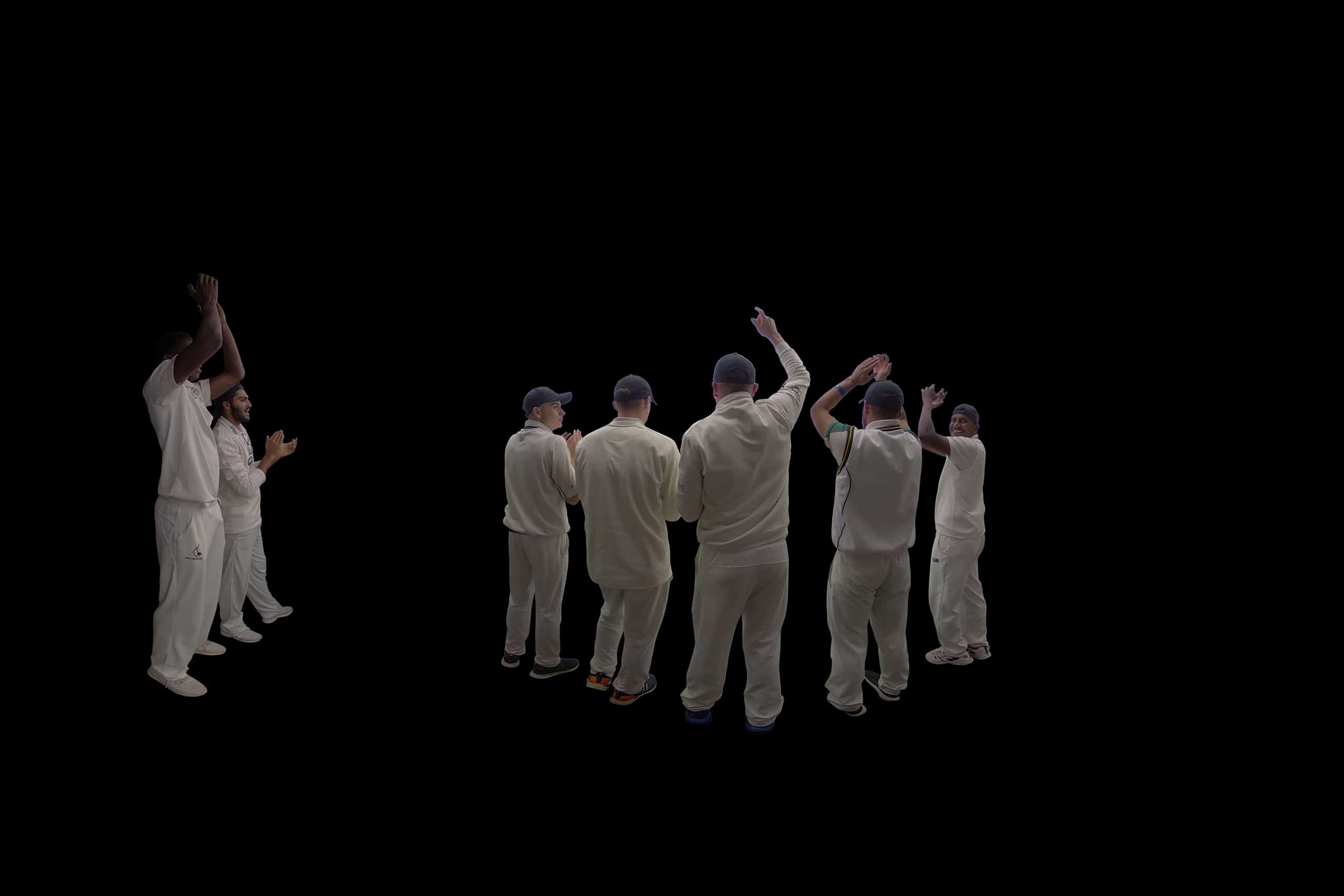 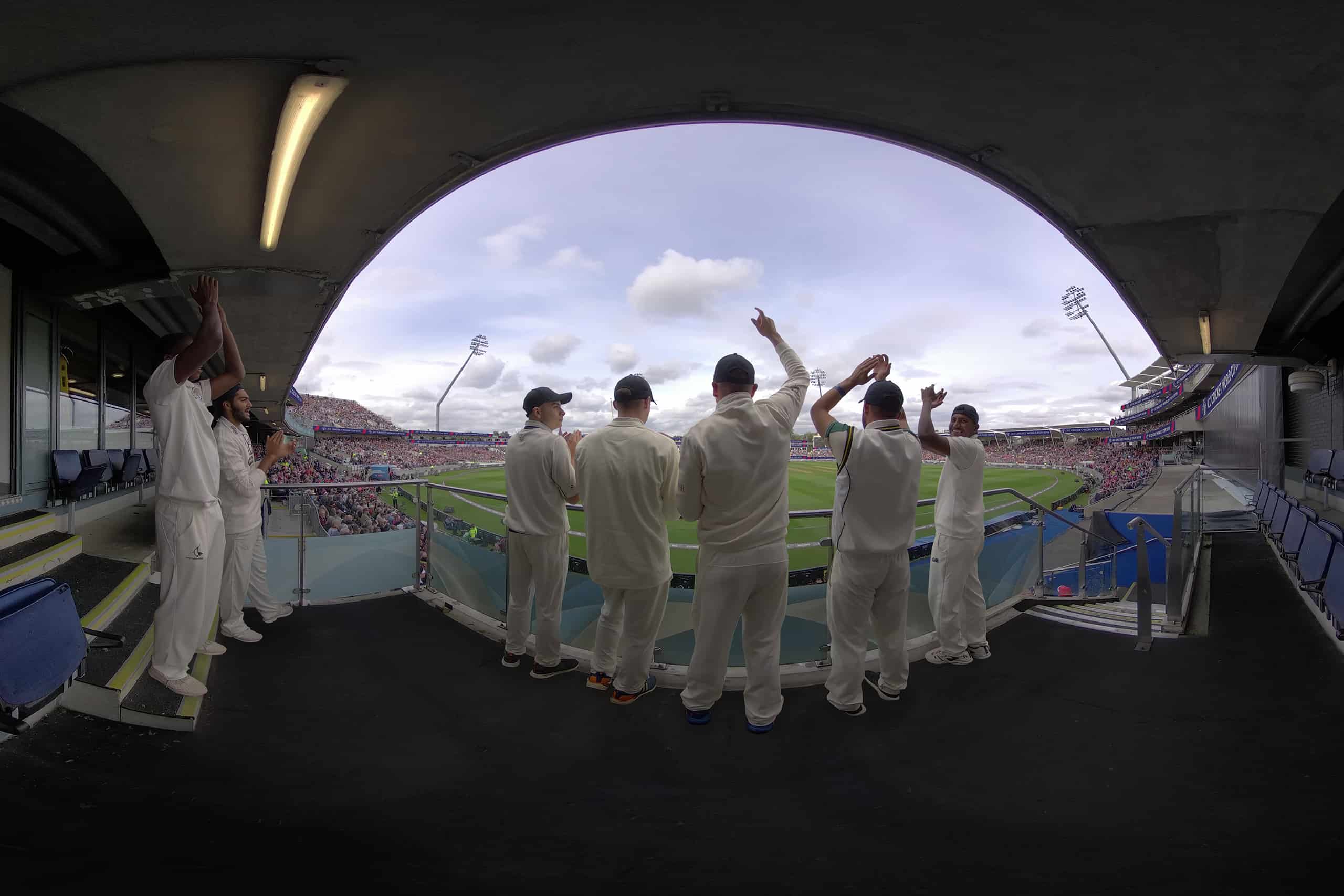 We then composited a ball in post, again giving the illusion of a real game. This allowed us to really fine tune the ball position and use speed ramping to create slow mo shots during the POV sequences. Another element to be added in post production was the stadium hoarding which was scaled and positioned in Photoshop before being composited in After Effects. 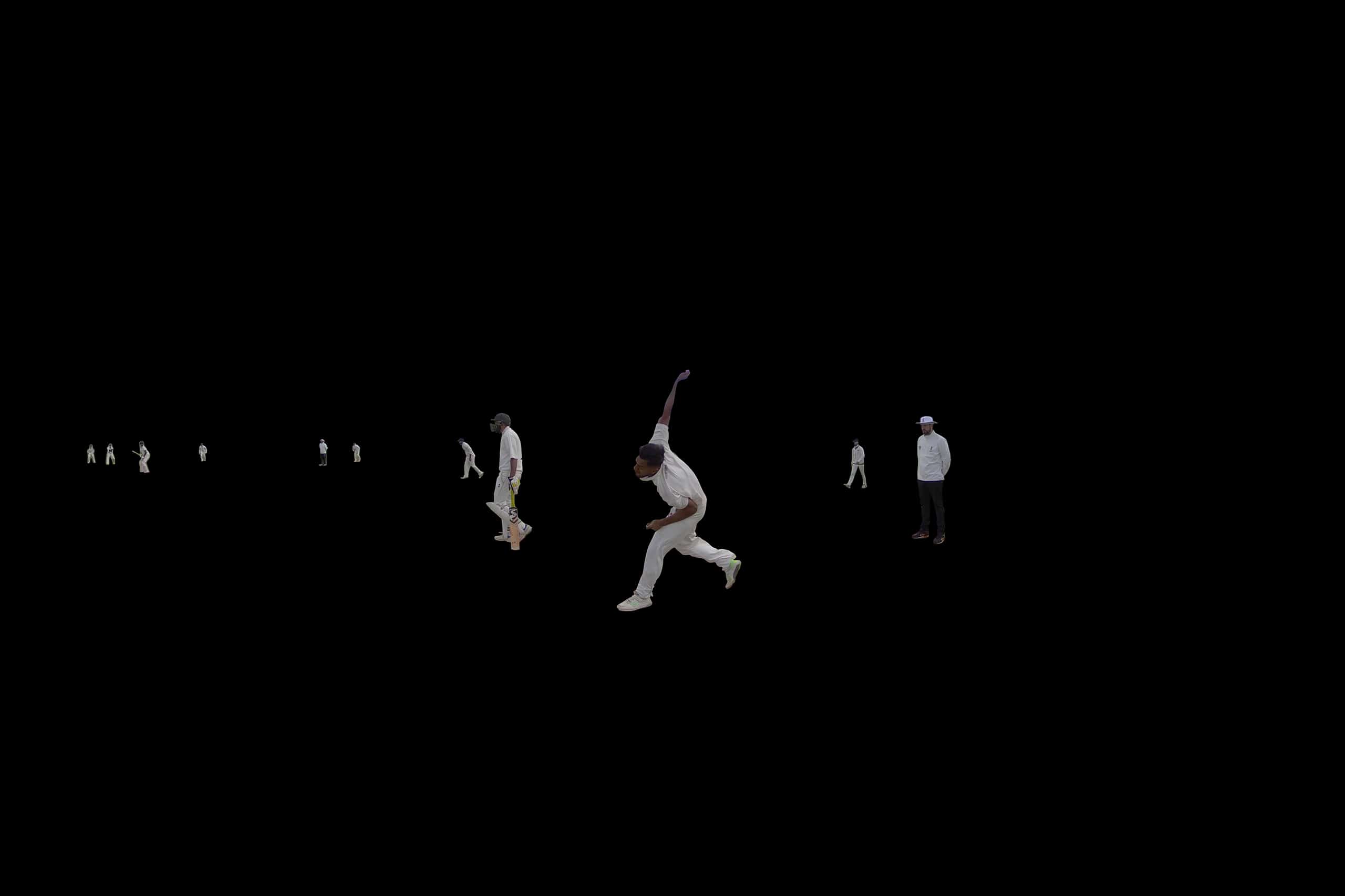 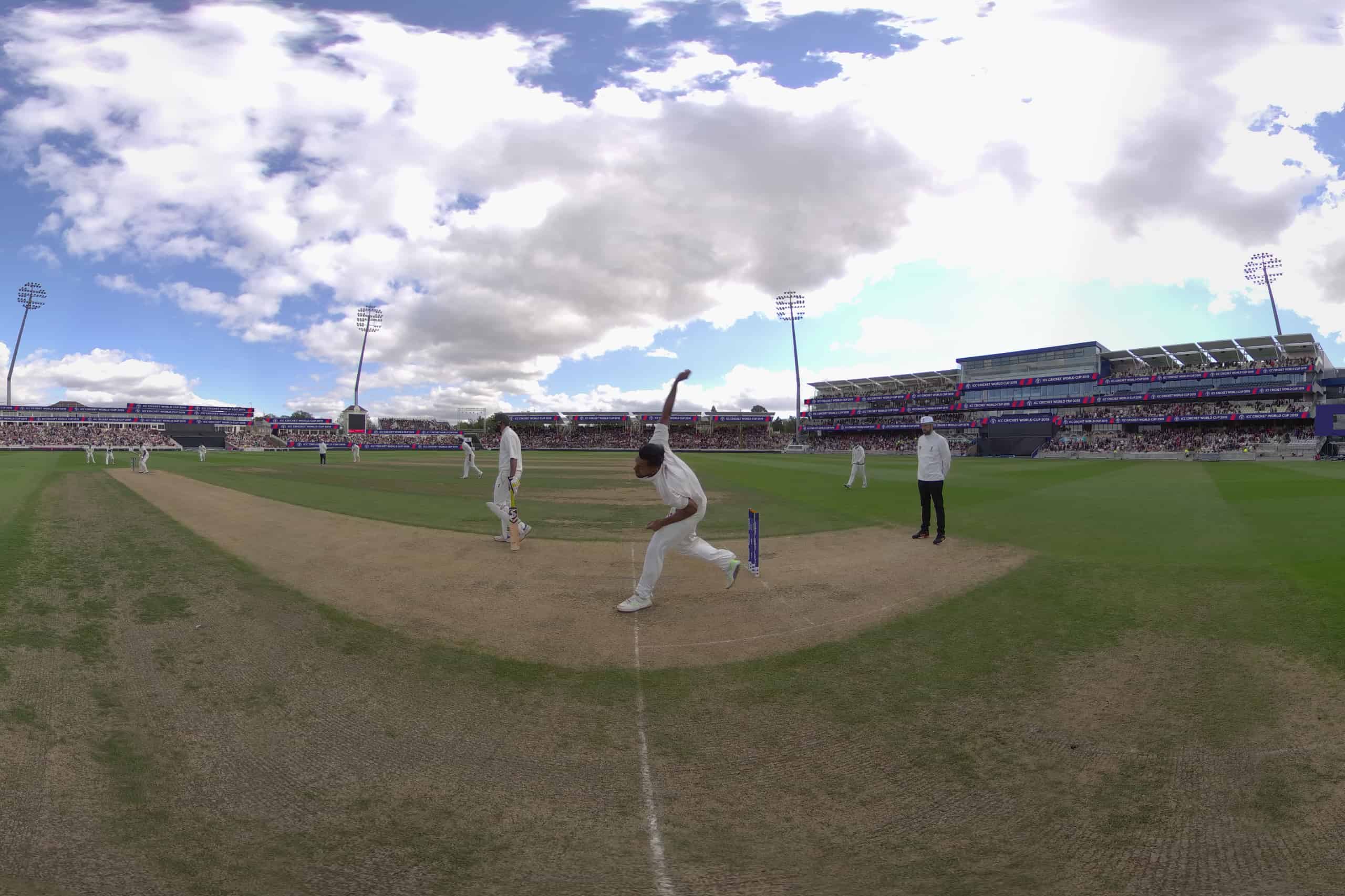 The graphic below shows some of the steps undertaken to create the appeal shot: We began to add other narrative elements such as the changing room and balcony scenes. We then visited Lords Cricket Ground to record a voiceover session with legendary cricket broadcaster Jonathan Agnew. Aggers was very enthusiastic about the project and did a brilliant job of bringing his signature touch to the soundtrack. ICC and CWC were keen to draft in a famous cricketing personality who could a whitty twist. A number of names were suggested, with CWC ambassador Graeme Swann being the top pick . Graeme really was a pleasure to work with, bringing laughs throughout the shoot and telling many a tale. What a character. We spent a day filming with Graeme in the infinity cove at Galleon Studios. Located on the outskirts of Manchester, Galleon’s Kris and Les made us feel very welcome. The facilities fitted our needs perfectly. We shot this scene with the Sony A7 III and Samyang 8mm. This to give us great image quality and versatility in post production. This experience is a world first, putting the viewer in the shoes of a player mid game. Truly immersing them in a high pressure match situation. We see huge potential for this style of 360 VR for a wider range of events. This style of experience allows viewers to be transported to places they would never have access to otherwise. Rugby matches, football matches, tennis and many more sports can all be captured using this method. Furthermore, past events can be recreated such as famous music concerts. So the viewer can be transported back in time in a fully immersive experience. We are very keen to develop this style of filming further, stay tuned for more coming soon.