M7 Virtual were contacted by Liverpool based events specialists Meet & Potato to produce a 360 video experience for Mercedes-Benz commercial vehicles. The brief was to create an experience which mirrored the television commercial.  Produced a few months earlier and in keeping with the Mercedes-Benz campaign entitled ‘Keeping You Moving‘.

During the pre-production phase, we worked closely with the team at M&P to create storyboards for the film. We adapted the Mercedes-Benz television commercial to make the film more suitable to 360 VR. We carried out some tests before the main shoot to experiment with transitions in order to keep the film flowing throughout. The installation was to include VR motion simulator seats, which would be coded to match the movements within the video footage. For this reason we wanted to keep the camera moving throughout the video to utilise this technology.

“We’re delighted and excited to bring the Mercedes-Benz Vans UK brand story to life with a such an innovative immersive event. The roadshow trailer is set to welcome thousands of guests as it tours the UK and we can’t wait to see their reaction.”

Shooting took place over six days with the VR crew. We filmed at a number of pre determined locations across the North West and North Wales. Our first scene to shoot was the broken mirror featuring the Mercedes-Benz Citan Van. We used the Moza Guru Air gimbal combined with the Kandao Obsidian R to film this shot. We used a hover board to help move the camera in a smooth and stable manner. Whilst also holding the gimbal. Following this shot we filmed a number of extra shots using our Syrp Genie slider system, which allowed us to program the camera to move along at a set speed. This gave us silky smooth shots and allowed the crew to clear the scene, reducing post production work needed. Day two saw us shooting the X-Class holiday scenes. We first shot the driveway shots of the family leaving the house, then travelled to Black Rock Sands Beach to capture the closing shots of the film. The Kandao proved to be a great camera for the X-Class interior shots.

Day 3 of filming was short due to bad weather, we were able to capture the X-Class driving around the Great Orme in Llandudno, North Wales. To capture this unique chase cam perspective we mounted the camera to a body harness and used an e-bike to follow the truck along the road. We then removed the camera operator and bicycle using Mocha VR. The team stabilised the shot using Syntheyes. The images below show the removal of the bicycle and rider, comparing the original rough stitch with the final colour graded neat stitch. 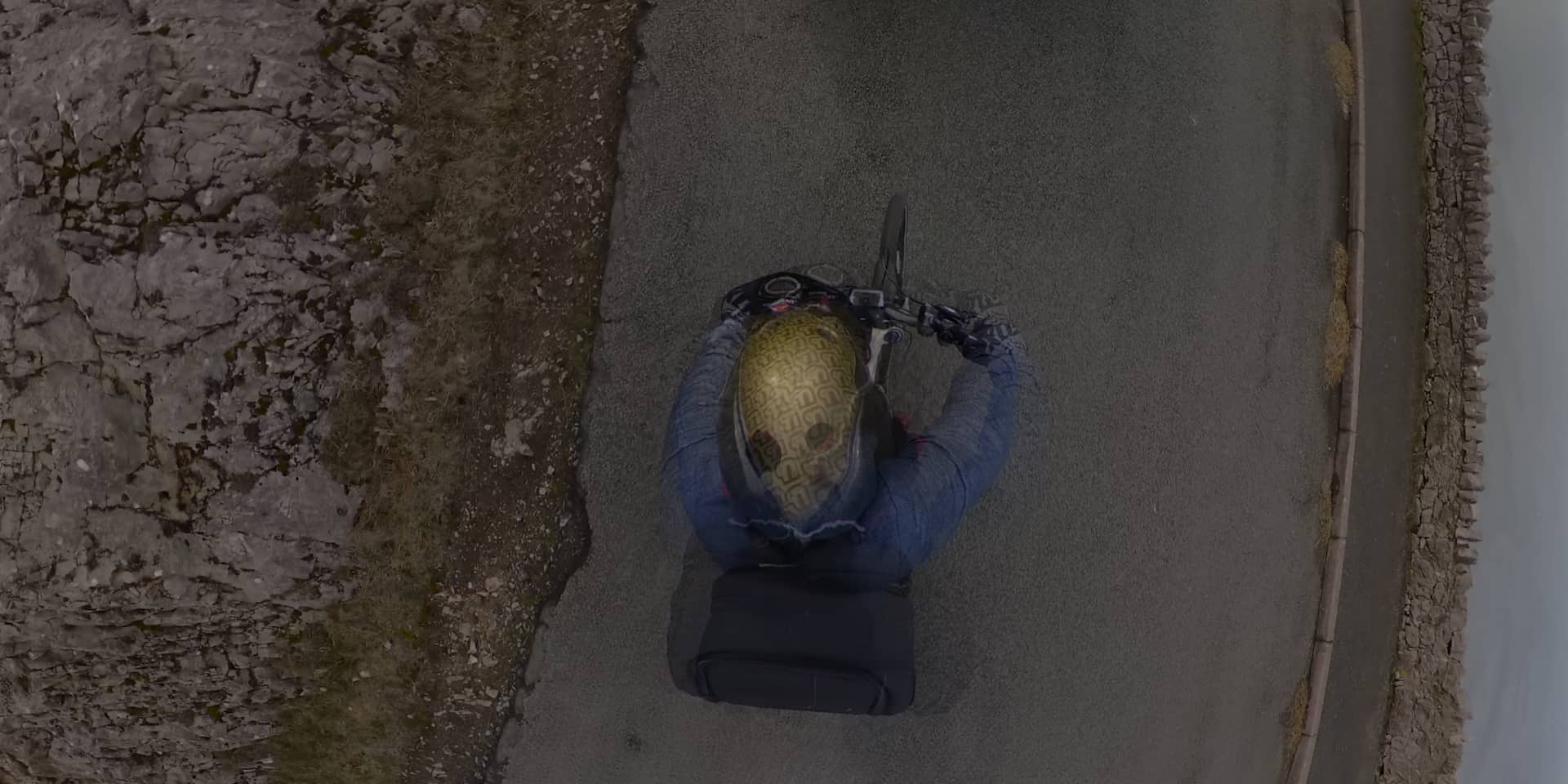 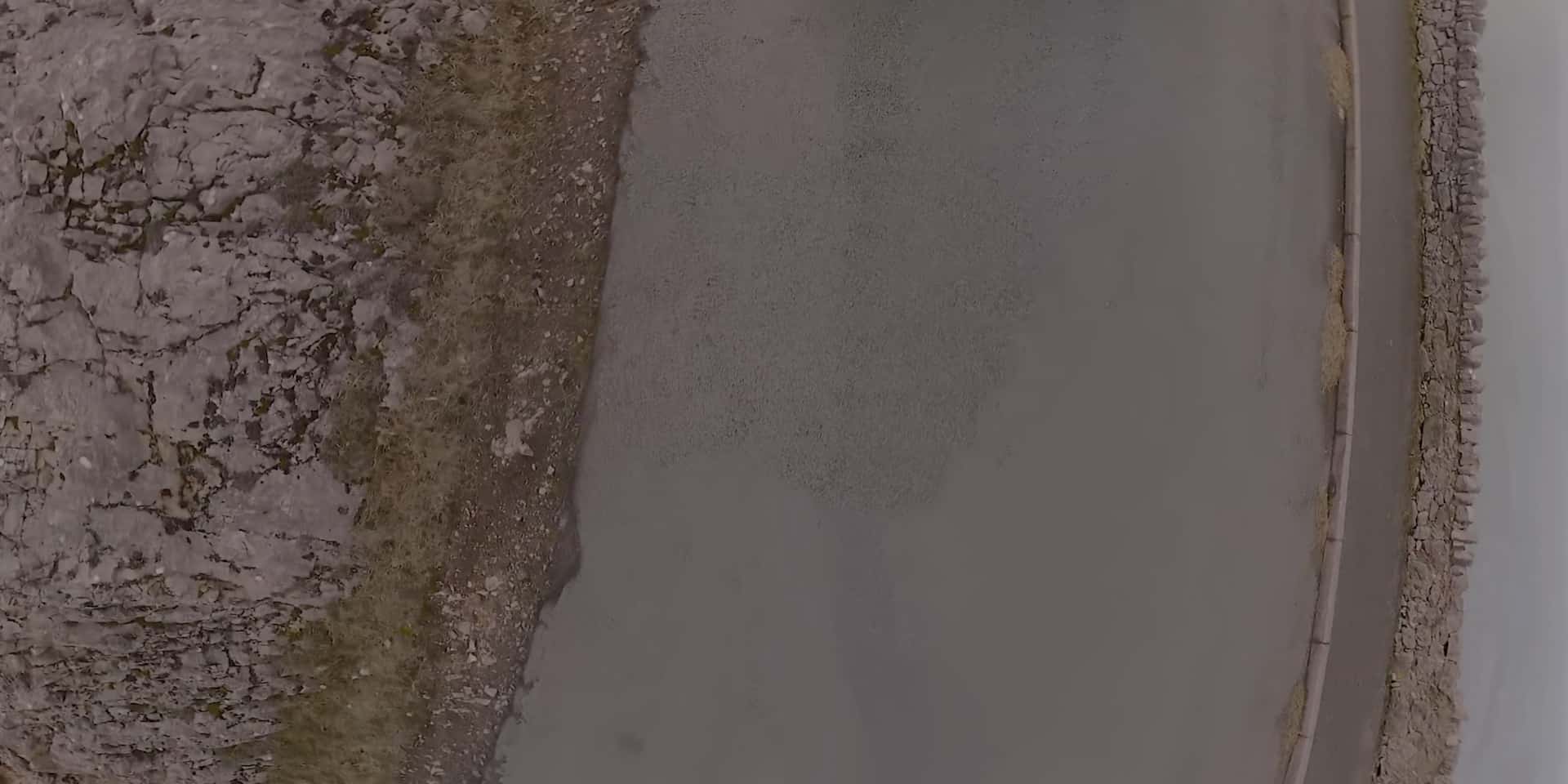 The remaining shoot days involved the capture of the X-Class construction site scene, as well as the Vito van scenes.

After finishing post production of the film we delivered a h.265 file for Draw and Code to work their magic in programming the movements of the simulator chair. We then visited the installation prior to it’s official unveiling to see a glimpse of the technology on offer. The simulator chair certainly added to the level of immersion we experienced, whilst still being subtle enough to cater for a wide audience.